A JOURNEY TO THE CENTRE OF THE EARTH (whole text)
by Jules Verne
released on July 18, 2006 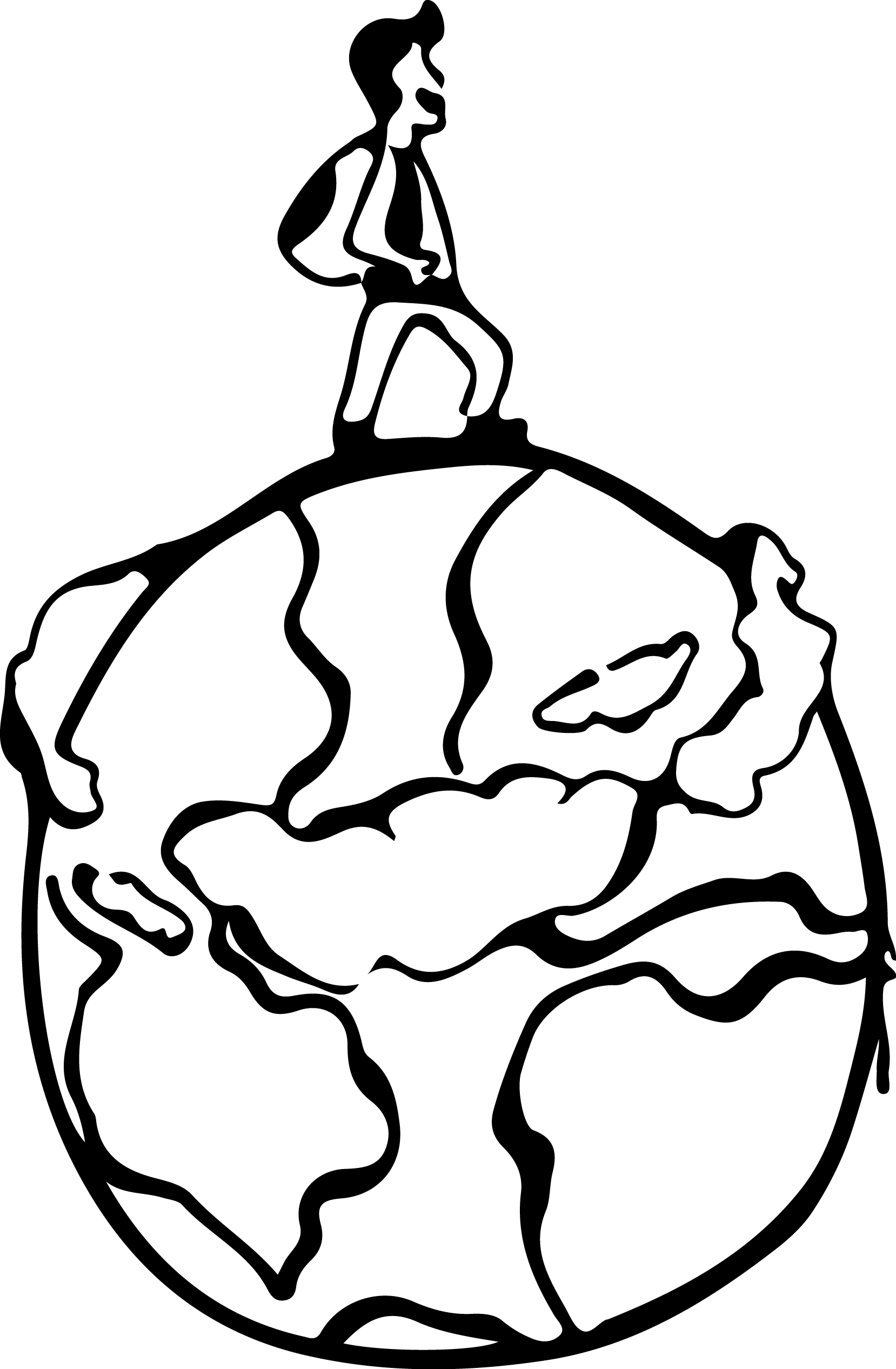 A JOURNEY TO THE CENTRE OF THE EARTH

MY UNCLE MAKES A GREAT DISCOVERY

Looking back to all that has occurred to me since that eventful day, I am scarcely able to believe in the reality of my adventures. They were truly so wonderful that even now I am bewildered when I think of them.

My uncle was a German, having married my mother's sister, an Englishwoman. Being very much attached to his fatherless nephew, he invited me to study under him in his home in the fatherland. This home was in a large town, and my uncle a professor of philosophy, chemistry, geology, mineralogy, and many other ologies.

One day, after passing some hours in the laboratory—my uncle being absent at the time—I suddenly felt the necessity of renovating the tissues—i.e., I was hungry, and was about to rouse up our old French cook, when my uncle, Professor Von Hardwigg, suddenly opened the street door, and came rushing upstairs.

Now Professor Hardwigg, my worthy uncle, is by no means a bad sort of man; he is, however, choleric and original. To bear with him means to obey; and scarcely had his heavy feet resounded within our joint domicile than he shouted for me to attend upon him.

I hastened to obey, but before I could reach his room, jumping three steps at a time, he was stamping his right foot upon the landing.

Now to tell the truth, at that moment I was far more interested in the question as to what was to constitute our dinner than in any problem of science; to me soup was more interesting than soda, an omelette more tempting than arithmetic, and an artichoke of ten times more value than any amount of asbestos.

But my uncle was not a man to be kept waiting; so adjourning therefore all minor questions, I presented myself before him.

He was a very learned man. Now most persons in this category supply themselves with information, as peddlers do with goods, for the benefit of others, and lay up stores in order to diffuse them abroad for the benefit of society in general. Not so my excellent uncle, Professor Hardwigg; he studied, he consumed the midnight oil, he pored over heavy tomes, and digested huge quartos and folios in order to keep the knowledge acquired to himself.

There was a reason, and it may be regarded as a good one, why my uncle objected to display his learning more than was absolutely necessary: he stammered; and when intent upon explaining the phenomena of the heavens, was apt to find himself at fault, and allude in such a vague way to sun, moon, and stars that few were able to comprehend his meaning. To tell the honest truth, when the right word would not come, it was generally replaced by a very powerful adjective.

In connection with the sciences there are many almost unpronounceable names—names very much resembling those of Welsh villages; and my uncle being very fond of using them, his habit of stammering was not thereby improved. In fact, there were periods in his discourse when he would finally give up and swallow his discomfiture—in a glass of water.

As I said, my uncle, Professor Hardwigg, was a very learned man; and I now add a most kind relative. I was bound to him by the double ties of affection and interest. I took deep interest in all his doings, and hoped some day to be almost as learned myself. It was a rare thing for me to be absent from his lectures. Like him, I preferred mineralogy to all the other sciences. My anxiety was to gain real knowledge of the earth. Geology and mineralogy were to us the sole objects of life, and in connection with these studies many a fair specimen of stone, chalk, or metal did we break with our hammers.

Steel rods, loadstones, glass pipes, and bottles of various acids were oftener before us than our meals. My uncle Hardwigg was once known to classify six hundred different geological specimens by their weight, hardness, fusibility, sound, taste, and smell.

He corresponded with all the great, learned, and scientific men of the age. I was, therefore, in constant communication with, at all events the letters of, Sir Humphry Davy, Captain Franklin, and other great men.

But before I state the subject on which my uncle wished to confer with me, I must say a word about his personal appearance. Alas! my readers will see a very different portrait of him at a future time, after he has gone through the fearful adventures yet to be related.

My uncle was fifty years old; tall, thin, and wiry. Large spectacles hid, to a certain extent, his vast, round, and goggle eyes, while his nose was irreverently compared to a thin file. So much indeed did it resemble that useful article, that a compass was said in his presence to have made considerable N (Nasal) deviation.

The truth being told, however, the only article really attracted to my uncle's nose was tobacco.

Another peculiarity of his was, that he always stepped a yard at a time, clenched his fists as if he were going to hit you, and was, when in one of his peculiar humors, very far from a pleasant companion.

It is further necessary to observe that he lived in a very nice house, in that very nice street, the Konigstrasse at Hamburg. Though lying in the centre of a town, it was perfectly rural in its aspect—half wood, half bricks, with old-fashioned gables—one of the few old houses spared by the great fire of 1842.

When I say a nice house, I mean a handsome house—old, tottering, and not exactly comfortable to English notions: a house a little off the perpendicular and inclined to fall into the neighboring canal; exactly the house for a wandering artist to depict; all the more that you could scarcely see it for ivy and a magnificent old tree which grew over the door.

My uncle was rich; his house was his own property, while he had a considerable private income. To my notion the best part of his possessions was his god-daughter, Gretchen. And the old cook, the young lady, the Professor and I were the sole inhabitants.

I loved mineralogy, I loved geology. To me there was nothing like pebbles—and if my uncle had been in a little less of a fury, we should have been the happiest of families. To prove the excellent Hardwigg's impatience, I solemnly declare that when the flowers in the drawing-room pots began to grow, he rose every morning at four o'clock to make them grow quicker by pulling the leaves!

Having described my uncle, I will now give an account of our interview.

He received me in his study; a perfect museum, containing every natural curiosity that can well be imagined—minerals, however, predominating. Every one was familiar to me, having been catalogued by my own hand. My uncle, apparently oblivious of the fact that he had summoned me to his presence, was absorbed in a book. He was particularly fond of early editions, tall copies, and unique works.

It was one of those yellow-leaved volumes now rarely found on stalls, and to me it appeared to possess but little value. My uncle, however, was in raptures.

He admired its binding, the clearness of its characters, the ease with which it opened in his hand, and repeated aloud, half a dozen times, that it was very, very old.

To my fancy he was making a great fuss about nothing, but it was not my province to say so. On the contrary, I professed considerable interest in the subject, and asked him what it was about.

"It is the Heims-Kringla of Snorre Tarleson," he said, "the celebrated Icelandic author of the twelfth century—it is a true and correct account of the Norwegian princes who reigned in Iceland."

My next question related to the language in which it was written. I hoped at all events it was translated into German. My uncle was indignant at the very thought, and declared he wouldn't give a penny for a translation. His delight was to have found the original work in the Icelandic tongue, which he declared to be one of the most magnificent and yet simple idioms in the world—while at the same time its grammatical combinations were the most varied known to students.

"About as easy as German?" was my insidious remark.

My uncle shrugged his shoulders.

"The letters at all events," I said, "are rather difficult of comprehension."

"It is a Runic manuscript, the language of the original population of Iceland, invented by Odin himself," cried my uncle, angry at my ignorance.

I was about to venture upon some misplaced joke on the subject, when a small scrap of parchment fell out of the leaves. Like a hungry man snatching at a morsel of bread the Professor seized it. It was about five inches by three and was scrawled over in the most extraordinary fashion.

The lines shown here are an exact facsimile of what was written on the venerable piece of parchment—and have wonderful importance, as they induced my uncle to undertake the most wonderful series of adventures which ever fell to the lot of human beings.

My uncle looked keenly at the document for some moments and then declared that it was Runic. The letters were similar to those in the book, but then what did they mean? This was exactly what I wanted to know.

Now as I had a strong conviction that the Runic alphabet and dialect were simply an invention to mystify poor human nature, I was delighted to find that my uncle knew as much about the matter as I did—which was nothing. At all events the tremulous motion of his fingers made me think so.

"And yet," he muttered to himself, "it is old Icelandic, I am sure of it."

And my uncle ought to have known, for he was a perfect polyglot dictionary in himself. He did not pretend, like a certain learned pundit, to speak the two thousand languages and four thousand idioms made use of in different parts of the globe, but he did know all the more important ones.

It is a matter of great doubt to me now, to what violent measures my uncle's impetuosity might have led him, had not the clock struck two, and our old French cook called out to let us know that dinner was on the table.

"Bother the dinner!" cried my uncle.

But as I was hungry, I sallied forth to the dining room, where I took up my usual quarters. Out of politeness I waited three minutes, but no sign of my uncle, the Professor. I was surprised. He was not usually so blind to the pleasure of a good dinner. It was the acme of German luxury—parsley soup, a ham omelette with sorrel trimmings, an oyster of veal stewed with prunes, delicious fruit, and sparkling Moselle. For the sake of poring over this musty old piece of parchment, my uncle forbore to share our meal. To satisfy my conscience, I ate for both.

The old cook and housekeeper was nearly out of her mind. After taking so much trouble, to find her master not appear at dinner was to her a sad disappointment—which, as she occasionally watched the havoc I was making on the viands, became also alarm. If my uncle were to come to table after all?

Suddenly, just as I had consumed the last apple and drunk the last glass of wine, a terrible voice was heard at no great distance. It was my uncle roaring for me to come to him. I made very nearly one leap of it—so loud, so fierce was his tone.